As a matter of fact, it is the first African song to reach No. 1 on the Billboard R&B chart, demonstrating Wizkid’s crossover appeal.

Billboard Charts made the announcement via their Twitter to announce this.

Since the inception of the song, Essence, it has been from one record-breaking to another. 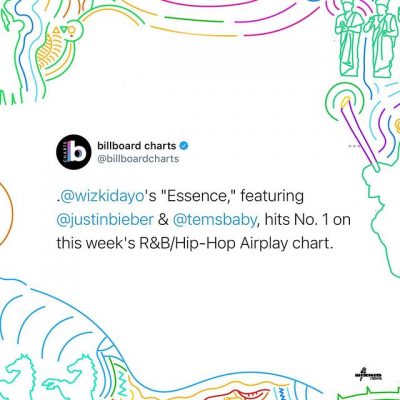