Afrobeat Superstar, Wizkid has broken another record as he sells out the second day for his “Made In Lagos” O2 tour and adds a third day.

Fans are in awe as news of Wizkid selling out the second day of his “Made In Lagos” tour holding at the O2 arena sold out in 2 minutes broke out.

This feat comes after he sold out the first day of the tour in 12 minutes prompting him and the organizers to add an extra day. 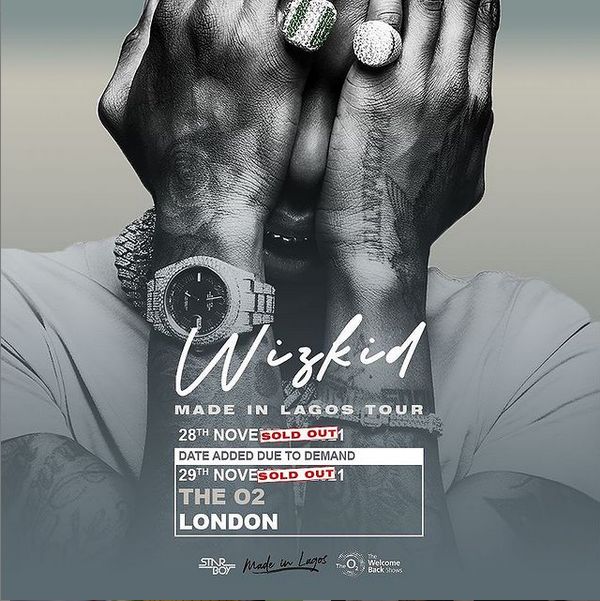 However, he sold out the second day which has led to the singer adding another day making the O2 concert a three days concert.

The new event date has been announced to be holding on the 1st of December, 2021.

As a result of these deeds, Wizkid becomes the first African Artist to achieve such a huge feat.

2021 is definitely Wizkid’s year as selling out the O2 arena isn’t the only feat he has achieved so far, his song“Essence” has also been topping charts since the beginning of the year.

The song also got a remix as of recent featuring US-Canadian singer Justin Bieber which helped catapult it to the top of charts.

About Emir 12841 Articles
Legend || CEO Naijaphobia.com.ng, A Native of Osun State , Base in Bariga Lagos state