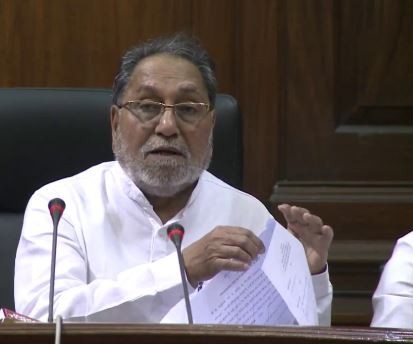 The cyber crime cell of the Mumbai Police on Saturday arrested three Nigerian Nationals from Delhi for allegedly hacking the email account of  Member of Parliament and Congress Leader, Hussain Dalwai and sending distress emails to his contacts asking for money.

According to the cyber cell, the police had learned about the whereabouts of the suspects who were staying in Delhi from where the three foreign nationals were arrested on Friday and brought to Mumbai later. They were produced before a court on Saturday which remanded them to police custody till November 2.

The three have been identified as Konate Mohamed, 31; Ouattara Golhaud, 32; and Okpeaifoh Michael, 31. The police have also recovered laptop, pen drive, mobile phones, and ATM cards of various banks which suggest that it is a well-organised gang. The investigators have also recovered Rs 70,000 from the suspects, the police said.

Dear All,
My email id :[email protected] is hacked again today on 16/10/2018 4:00 pm and hacker was send email of demand money to my all email contacts. Pls do not give any reply or don’t transfer money. Hacker creat a new fake account [email protected]

Earlier this month, Dalwai, through his personal secretary Rajesh Panchal, had filed a complaint with the cyber cell of the Mumbai Police on learning that emails seeking money were being sent to his contacts.

The police have registered a case of cheating and impersonation under relevant sections of the Information Technology Act against the accused.