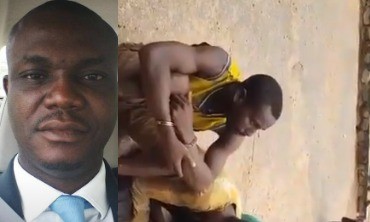 The police in Oyo state have arrested one Olisa for arranging for his boss to be kidnapped and killed after he was sacked because he stole some eggs. His boss, Tomilade Sunday Aladeniyi, ran a poultry in the state and employed the services of Olisa.

Aladeniyi had discovered that Osita stole some eggs in the poultry and terminated his appointment.

Olisa ganged up with his friends namely, Abdullahi Musa, 37, Isah Tambaya , 20, Yuguda Yusuf ,35, Aminu Ahmadu ,24, and Ojo John , 34 and kidnapped his boss. They took Aladeniyi to a forest along Ijebu-Ode road where they contacted his family and demanded for a ransom which was paid. However the criminals decided to kill Aladeniyi because they feared he would reveal their identity if they release him.

One of the suspects, Abdullahi Musa, said they were given N20,000 each out of the money collected from the family as ransom.

The remains of the deceased has been deposited in the morgue. The suspects would be arraigned in court once investigations have been concluded.

Meanwhile, his wife Janet took to her Facebook page to pay tribute to her him. She described him as the best father in the world their three children. Read what she wrote below 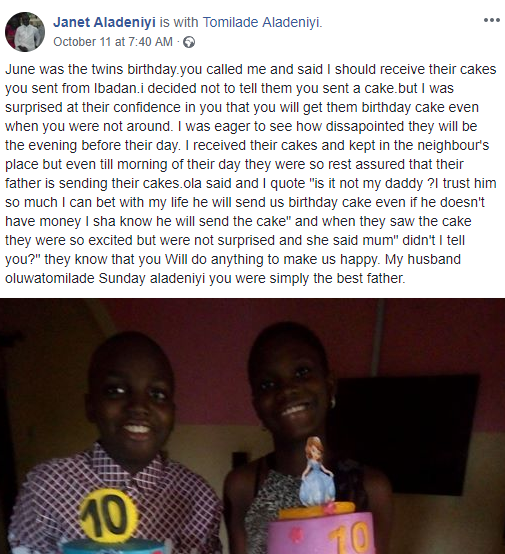 Watch video of the suspects being paraded below

My uncle is a farmer, in his early 40s and a father of 3. He was kidnapped and brutally murdered by his workers. They asked for ransom which was given to them but they still killed him. For what reason? Cos he sacked a staff for stealing his eggs and they ganged up against him.

About Emir 9587 Articles
Legend || CEO Naijaphobia.com.ng, A Native of Osun State , Base in Bariga Lagos state