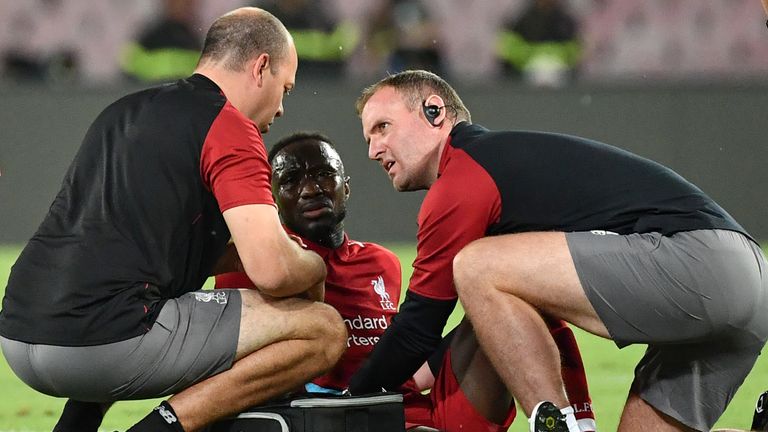 Liverpool midfielder Naby Keita was stretchered off in the first half of their Champions League match at Napoli, just four days before their Premier League match at home to Manchester City – live on Sky Sports.

Keita went down off the ball and received treatment for what appeared to be a back injury before being replaced by captain Jordan Henderson.

The injury casts doubts on whether Keita will be fit to feature in Liverpool’s top-of-the-table clash against champions City on Sunday.

Keita had initially come in for Henderson as Jurgen Klopp’s only change to Liverpool’s starting XI in Italy.

Following his £52.75m from RB Leipzig in the summer, Keita has gone on to make seven Premier League appearances, starting on four occasions.

He was an unused substitute in the Champions League win over PSG earlier this month.