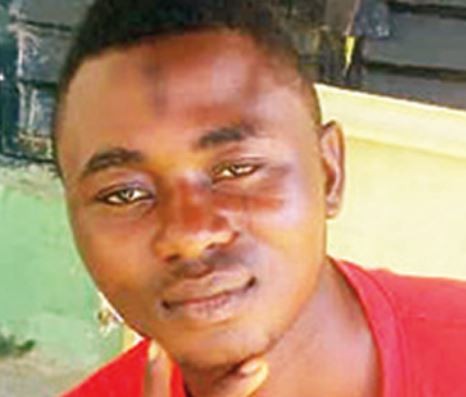 Aliyu Abubakar, an Okada ride has been killed in a crash in the Alapere area of Lagos State. The 24-year-old, who was riding on Demuren Road, had reportedly overtaken a vehicle when he collided with a tipper on the road.

An eyewitness, Labi Ajibola, said the victim died on the spot.  He said, “From what I gathered, the motorcyclist overtook a vehicle in front of him;  he then rammed into the tipper. The passenger on the okada sustained minor injuries.”

A friend of the deceased’s brother, Ibrahim Ndanayibi, said Abubakar had recently celebrated his birthday. While blaming the incident on potholes, he said motorcyclists chased the tipper driver when he attempted to escape.

He said, “He celebrated his 24th birthday on Monday, October 8, and died two days later. Although we commercial motorcycle riders make mistakes sometimes, what caused this accident were the potholes on the road.

From what I gathered, after he successfully overtook the vehicle in his front, the tipper driver had tried to avoid a pothole when they collided. He somersaulted and sustained serious injuries. His right leg broke into two.”

The Lagos State Police Public Relations Officer, CSP Chike Oti, said the tipper driver was in police custody.  Oti said, “A motorcyclist who wanted to beat traffic rammed into a tipper that was coming from the opposite direction. The motorcyclist died on the spot. But his colleagues, who were pained by the tragic incident, had wanted to destroy the tipper when we were contacted. We immediately mobilised our operatives to the scene, who doused the tension. We also arrested the tipper driver. But representatives of the deceased’s family said they did not want any case. They also said they needed the corpse and provided an affidavit from the court before the corpse was released to them.”